Today’s blog post is something a little different for you.  You may have noticed by now that I’m a lot better with the pictures than with the words.  Writing is a little hard for me, and because I firmly believe that you will be more successful by surrounding yourself with people who are smarter than you, I’ve invited some people who are good at writing to make guest appearances here, so hopefully they will class the joint up a bit.

Our first guest post is from Beth, the toughest member of team 3Up Adventures… ha-ha… just kidding.. they are all pretty bad-ass over at team 3-Up.  You may remember Beth and Forrest from their wedding in Utah last year.  They’ve been on an unusual adventure since then.  You see, Beth and Forrest (and Sprocket too) are kind of my heroes.  I almost wish I’d been as smart as them a few years ago, but if I had been that smart, I wouldn’t be where I am today, which is a really awesome place.  However, I still totally check out what they’re doing and take notes.  These guys are really cool, and if you’d like to check out more of their explorations and adventures, be sure to hop over to Beth’s blog called 3Up Adventures.  First, though, read this really cool guest post from Beth about what they’ve been up to since wedding day… and some really cool thoughts about the why of it all… Beth and Forrest : The Big Adventure

Most marriages don’t start by quitting your job in the middle of a bum economy. And if they do, they probably don’t start by moving out of your house and into a van. Then again, most people don’t spend the first full day of their marriage playing in Jeeps and climbing up rock cracks (If you did, we would like to meet you and be your friends).

That’s exactly how our marriage started.

And that’s exactly as it should be, considering that twenty minutes after we met, I jumped on his motorcycle. The next day he told me that he was leaving for Mexico, and possibly South America, for an indeterminate period of time in two weeks but that didn’t stop us from playing in the meantime: we hiked, cruised around on his motorcycle, tried going to the driving range, and relaxed on an unseasonably warm Oregon beach. As it worked out he came back from Mexico in three weeks and we picked up our adventures where we’d left off. In the four and half years that have followed, we’ve climbed mountains, explored lonely dirt roads, adopted a puppy, drove around the country, bought a house, and along the lines, planned our wedding.

We’ve been married for six months and I’m finding that marriage is a little different from living together. The shift is subtle. Instead of an adventure with an end date—a trip, a job, or even a move—it’s for a completely undefined period of time. Marriage isn’t a race, it’s not even a marathon or ultra-marathon—there’s no finish line or summit to be reached.

Instead, The Big Adventure holds all of our other adventures happen under its umbrella. We recently moved into the 68 square-foot living space of our van with our dog to travel around the country and even that isn’t an adventure of the same magnitude. Each of our decisions about what adventures to pursue (or which to forgo in favor of more “practical” things) are all made with an eye to what will help the Big Adventure succeed.

The Big Adventure is also not something that you can just run away from. The Big Adventure will stick with you when you quit the job you hate, when you sell the car that doesn’t quite fit your life style, or when your epic hike turns into a soggy, bushwhacking mess. (I suppose you could quit training for the Big Adventure but this Adventure started with vows to the contrary.) With those smaller adventures, the next time you can pick a less bug-ridden trail or avoid a stout when you know you’re an IPA. The Big Adventure also gives you new skills. Getting married doesn’t actually make you a mechanic, a writer, an artist, or a scientist but you’ll certainly start planning around your spouse’s strengths as well as your own. You’ll probably even find yourself learning some of the basics of their skills yourself. When we’re united in The Big Adventure, our individual and collective adventures can take us so much further than we could go alone.

I’m sure the Big Adventure has all sorts of other implications for the adventures that we’ll have going forward and I’m excited to see what they may be. Sometimes when we’re out scrambling around on rocks, the ring I wear as a sign of the Big Adventure will catch a bit and I’ll smile knowing that this Adventure is going to be epic. 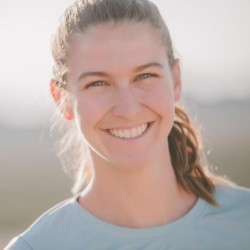